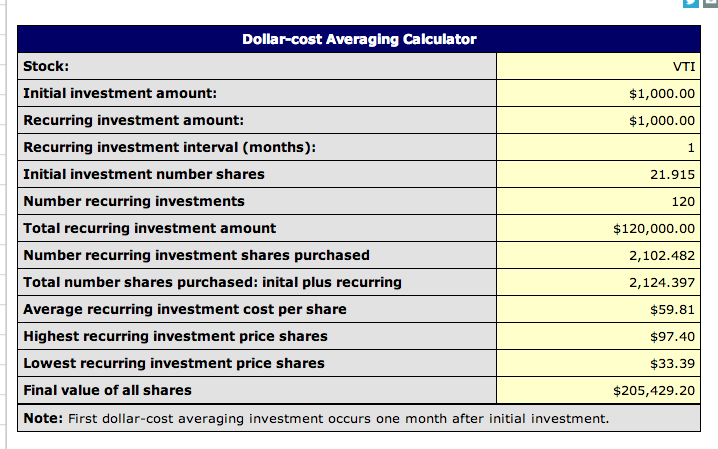 If you only have a spare $50, and are prepared to let that money sit there for 40 years, it’ll be worth $548. Just think if you get that money invested and out of sight, out of mind whenever there is extra. Here are just a few ways to save $50-100. As you can see, leaving it there an extra 10 years, is almost the same as saving double now.

The key is making it real.

I’ve found that the key to getting myself to invest is coming up with some numbers that make it real for me.

The Benefits of Giving Up an Unused Subscription

Let’s imagine that instead of paying $15 a month for a subscription you don’t really use, you’d invested that money for the last 10 years instead. In this case, even starting from $0, you would have over $3000 now after only depositing $1800. 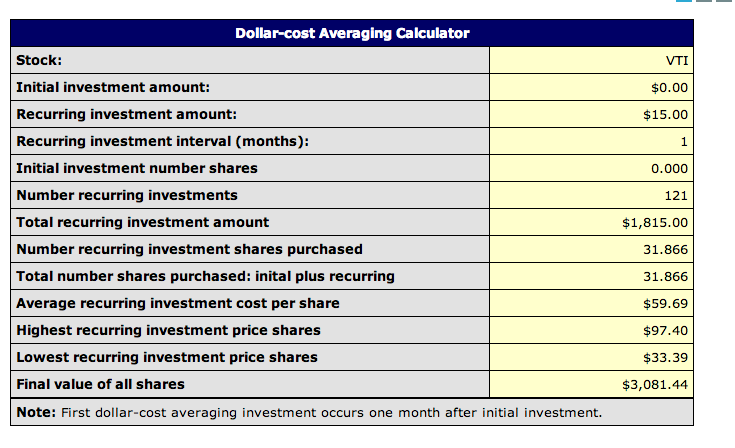 The calculator I’ve used for coming up with the above tables is http://www.buyupside.com/calculators/dollarcostave.php

I know for some people the idea of having a “spare $1000” isn’t a reality, but also for many people it is. For example, you get a tax refund or the like.

Here’s what you can expect if you invest an extra $1000 that you have available.

At a moderate 6% rate of return, that money will have grown to

If you only have a spare $500, here’s what you can expected